Who Goes There?! Podcast: We started this podcast in the spring of 2013 as an excuse to rant and complain to a large amount of people without seeming like whiny geeks. Who Goes There?! is a weekly, all things horror podcast covering the latest in horror news, movies, television, video games, music and art, with a primary focus on horror film reviews. Hosted by Jorge Gonzalez, Matt Smith, Chris Franco, and the occasional special guest; each episode is sure to be packed with beer drinking, blue collar humor, wild rants, extreme cynicism and a horrible lack of preparation. We have fun, so you don’t have to!

Who Goes There Podcast became a part of heavy hitting horror news site DreadCentral.com in the spring of 2016. Through our work with DreadCentral.com we have expanded from our audio only format, to include an additional weekly live video broadcast. Allowing you to see our beautiful faces, and allowing us to bring our unique brand of idiocy to a much larger audience. 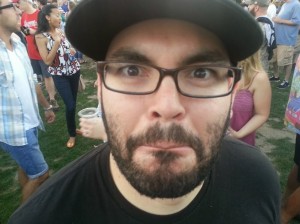 Jorge Gonzalez: The engine of the Who Goes There Podcast, Jorge giggles a lot, edits the episodes, and steers the ship on a weekly basis. Horror fan, beer drinker, father… WHAT ISN’T HE AWESOME AT?!?! They don’t call him “Keeping it on the rails” Gonzalez for nothing. Jorge loves sci-fi, art house, and anything that allows him to scoff and push up his glasses. 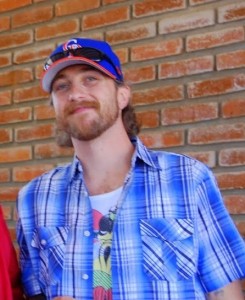 Matt Smith: Hands down the most cynical of the hosts, Matt has an extreme love for horror, and an extreme hatred of everything else. He’s a beer drinking, shit talking, slave driving, loveable, asshole with an affinity for the occasional nude scene, and Kurt Russell. With hair brained theories, outlandish allegations, and “what are you smoking” logic, you never know what’s going to come out of his mouth. Matt cut his teeth in the horror genre at the age of five, with Halloween 4, and prefers cheesy slasher flicks, or any movie that kills children.

Chris Franco: Chris became the third host of the Who Goes There Podcast in late 2014. A horror fan since childhood, Chris loves cheesy 80’s horror, monster flicks, creature features, and sickening slashers. (For some weird reason) He’s a Red Wings fan with an affinity for cocktails, ball draining, and Mark Wahlberg impressions.

This site uses Akismet to reduce spam. Learn how your comment data is processed.