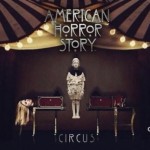 Grab some popcorn and make sure you have your pennies ready for the barker’s freaky house of horrors, because the fourth season of American Horror Story has been revealed, and it is sure to be a carnival of delights.

As confirmed by Douglas Petrie of Buffy the Vampire Slayer fame and an American Horror Story veteran after joining last season’s Coven, the fourth season is roughly meant to be set in a carnival. The confirmation came out during Nerdist Writers Panel’s in-depth podcast about scripting in the industry. Choosing to initially focus on the contrasting tones of each AHS season, Petrie was hushed about Season 4 during this week’s podcast until Kirland mentioned the rumor about it being set in a carnival. 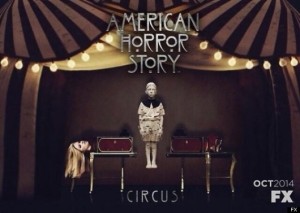 (Fan made poster, not official art or title)

“Yes,” Petrie said when Kirland suggested that she had heard the new season would be set in a carnival. “It does not have a title, but that’s the idea. Very roughly that’s the idea.”

Petrie also hints during the podcast that the fourth season may be a return to darker tones. For long-time viewers of the FX horror anthology, Season 3’s New Orleans witch-and-voodoo gumbo was noticeably campier and lighter than the literal horror show that was Briancliff Asylum in Season 2. Indeed, even the white walls and spacious Southern setting complimented a season that left the New England chills and demonic undertones of American Horror Story: Asylum behind. Yet, Petrie seemed to indicate that Season 4 might go at least somewhat back into that freaky direction. And in a setting of demented freak shows, that wouldn’t be too surprising.