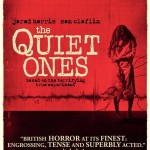 So instead we’re going to throw together a few of these films for ya. Continue reading for release dates and info on Wolf Creek 2, The Quiet Ones, and Stage Fright.

“Lured by the promise of an Australian holiday, exchange student Paul visits the notorious Wolf Creek Crater. His dream Outback adventure soon becomes a horrific reality when he encounters the site’s most infamous local, Mick Taylor (John Jarratt). When Paul attempts to flee, Mick pursues him across a hostile wasteland and eventually drags him back to his underground lair. After seeing the true magnitude of Mick’s monstrosity, Paul’s only hope of surviving, where no one has before, will be to use every ounce of cunning to outwit the man behind the monster.”

Bonus Features Include: Creating a Monster: The Making of Wolf Creek 2 and Butcher’s Cut: Deleted Scenes.

The Quiet Ones: Inspired by actual events, the thriller The Quiet Ones is coming to Blu-ray, DVD, Video on Demand and Pay-Per-View on August 19 from Lionsgate Home Entertainment.

When a crazed university professor (Harris) and his team of students set out to cure a disturbed patient, the unthinkable happens. Trusting in their leader and his motives, Brian (Claflin) and his fellow students find themselves far from help…and all too close to a sinister force they never suspected.

The Quiet Ones Blu-ray exclusive material includes the “Welcome to the Experiment: Making The Quiet Ones” featurette that takes viewers behind-the-scenes of the unforgettable thriller as well as the “Manifesting Evil: Visual Effects” featurette. The Blu-ray and DVD both include audio commentary with director John Pogue and producer Tobin Armbrust, deleted scenes and a gag reel. 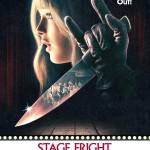 “Starry-eyed teenager Camilla Swanson wants to follow in her mother’s footsteps and become a Broadway diva, but she’s stuck working in the kitchen of a snobby performing arts camp. Determined to change her destiny, she sneaks in to audition for the summer showcase and lands a lead role in the play, but just as rehearsals begin, blood starts to spill, and Camilla soon finds herself terrified by the horror of musical theatre.”