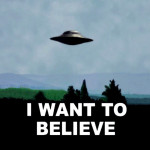 Following the success of Fox’s 24 limited series, the network is looking to bring back another iconic drama series, The X-Files. Fox TV Group chairman Gary Newman today confirmed chatter that the network is in talks for a new installment of Chris Carter’s cult supernatural drama, which starred David Duchovny and Gillian Anderson. Newman went on to say he was “hopeful” about the outcome.

Later, fellow Fox TV Group chairman Dana Walden said that the conversations so far have been only logistical, looking at windows when the key X-Files players, creator Carter and stars Duchovny and Anderson, are available. She confirmed that a potential X-Files followup will star the original leading duo of Duchovny and Anderson. There have been no creative discussions yet about what that new series might be.

Carter hinted at a possible reboot in the summer, acknowledging he had had conversations with Fox and 20th Century Fox TV, the studio behind X-Files. The series already spawned a movie franchise, and there also has been a fan campaign to extend that franchise with another movie.