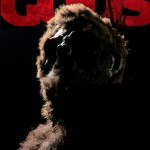 We now have the latest promo trailer (in the comments) for XLrator Media’s horror-thriller Feed the Gods, which will release through its “Macabre” brand from Bleiberg Entertainment’s genre label Compound B.

The film, which stars Shawn Roberts (Resident Evil: Afterlife, Diary of the Dead), Tyler Johnston (“The Killing,” “Supernatural”), Emily Tennant (Jennifer’s Body) and Aleks Paunovic (This Means War), “follows the journey of two brothers in search of their long lost parents. Their quest leads them to Tendale, a small mountain town that is home to mythical Bigfoot-like creature with a “taste for tourists.”“

Drawing inspiration from early Sam Raimi, Peter Jackson and “Cabin in the Woods,” “Feed the Gods” marks the second feature film from writer/director Braden Croft. When slacker/aspiring filmmaker Will (Shawn Roberts, “Resident Evil: Afterlife”) finds the parents of his adopted brother Kris (Tyler Johnston, “The Killing”), he sees the opportunity to get some closure for his brother, as well as maybe capture a heartwarming reunion on camera. With Kris’ fiancé Brit (Emily Tennant, “Jennifer’s Body”) in tow, the three of them head out to discover this long-lost family. What they are unprepared for though, is what exactly the cryptic small town has in store for them. Weird locals abound and rumors of a Bigfoot creature haunting the area at first seem silly… but things quickly escalate into a frantic, scary and action-packed nightmare with more than a few casualties along the way.

Feed the Gods (2014) Trailer – The best home videos are here