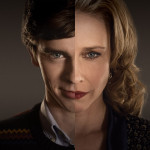 “Bates Motel” is a contemporary prequel to the genre-defining film Psycho, and gives viewers an intimate portrayal of how Norman Bates’ psyche unravels through his teenage years. Series stars Vera Farmiga in her Emmy-nominated role as Norma Bates and Freddie Highmore as Norman.

Also debuting the same night is their new drama, “The Returned,” an adaptation of the acclaimed French series.

The new series “focuses on a small town that is turned upside down when several local people who have been long presumed dead suddenly reappear, bringing with them both positive and detrimental consequences.”