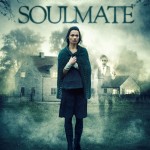 An ongoing topic of conversation between Carolyn and much of her followers and the horror community, the scene below is perhaps most shocking because it’s tone is visceral and poetic, rather than graphic and gross, as the forcing of cuts would have you believe. The mandate to trim is something of a baffling one, and certainly unfortunate, but not uncharacteristic of the British Board of Film Classification. END_OF_DOCUMENT_TOKEN_TO_BE_REPLACED