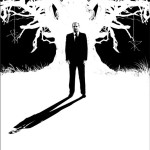 Matthew McConaughey‘s crime drama series proved to be such a popular hit for HBO that the pay network’s streaming service crashed during last night’s season finale, sending fans into a tizzy. END_OF_DOCUMENT_TOKEN_TO_BE_REPLACED