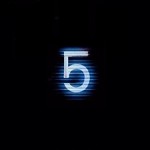 The film was originally said to be having trouble finding a cool new take on the found footage/ghost genre, this is the reason that Paranormal Activity: The Marked Ones nearly became the fifth film, and was released this past January. Fortunately, it didn’t perform as well as expected, and now it looks as if the studio is taking a (smart) breather. END_OF_DOCUMENT_TOKEN_TO_BE_REPLACED