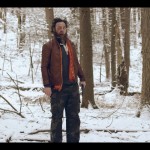 So yeah, it’s no secret we’ve got a collective boner for The Battery, we’ve only talked about it in almost every episode of our show. Well director/star Jeremy Gardner just now tweeted a teaser trailer for his new film Tex Montana Will Survive and I nearly pissed myself laughing. Gardner once again teams up with The Battery cinematographer Christian Stella, who spawned the idea for the film by “proudly proclaiming (he) would NEVER film a found footage movie”.