This time around we’ve got toys from Annabelle, Aliens and Re-animator, continue reading for all the fully posable details. END_OF_DOCUMENT_TOKEN_TO_BE_REPLACED 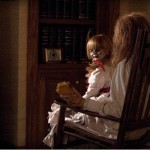 END_OF_DOCUMENT_TOKEN_TO_BE_REPLACED

For me, The Conjuring was the second biggest let down of the year (behind the massive turd that was You’re Next), but some people actually liked it, and Jorge will have an aneurysm is we don’t talk about this. The Conjuring 2: The Enfield Poltergeist has been given a release date. 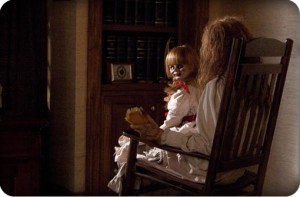 Warner Bros./New Line have revealed today that The Conjuring 2: The Enfield Poltergeist is going to hit theaters October 23, 2015. No plot details have been revealed, so until you read something official, take it all as rumor.

What we know for a fact? Patrick Wilson and Vera Farmiga will return as Ed and Lorraine Warren. The sequel will likely see them taking on a new case, of course.

Worth noting here: The Conjuring 2 will not be a summer release like the first film was.

This is the first horror film to enter to the Halloween 2015 season.