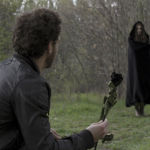 Like the original, the film finds a pair of bisexual, sadistic female vampires shacked up in a Gothic manor, where they lure men and women with promises of debauchery that always ends in orgasmic death. END_OF_DOCUMENT_TOKEN_TO_BE_REPLACED