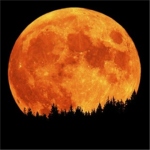 The Dark Side is an elevated sci-fi noir story “set in a future where the moon is utilized as a penal colony, housing criminals, psychopaths and curious tourists alike. As an anarchic android begins wreaking havoc on the area, and bodies start turning up dead, an exiled detective arrives to investigate.”

The project is described as in the vein of Philip K. Dick, Avatar and Blade Runner.

Simon & Schuster just acquired worldwide rights to the novel and plans to publish the book in Spring 2015.