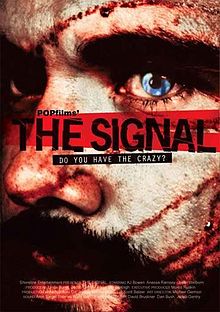 Unlike your aunt flow, we’re on time for once! We told you things are shaping up around here, and we weren’t just buffing coconuts. We had so much fun with a normie on the show last time, we decided to bring another. This week Jorge’s brother in law Beau comes on, Matt bad mouths movies Jorge loves, we talk about 2007’s The Signal and play a new game, called “Horror Tagline, or Screamo Lyric”. Tune in next time when we should have an incredibly special guest, as well as talk about the 1983 abortion, that was Boardinghouse.