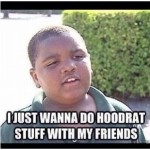 Stephen King recently wrote a short story entitled, Bad Little Kid, it has recently been reported that Laurent Bouzereau and his production company Nedland Media, Inc., has optioned the story for a feature film.

Bouzereau, who is also planning on directing the film, wrote and directed the 2011 film A Night at the Movies: The Horrors of Stephen King, which featured King discussing horror films and their popularity with moviegoers.

“The supernatural story centers on a man whose life changes forever when he realizes that a mysterious boy is causing the deaths of people he loves.”“Bad Little Kid” was released as an e-story in Germany and France on March 14.