After the tragic events of the mid-season finale–as well as losing the possibility of a cure in Washington, DC–Rick Grimes’ band of survivors find themselves on the road, surviving day to day and trying to hold on to their shredded humanity and dwindling hope. END_OF_DOCUMENT_TOKEN_TO_BE_REPLACED 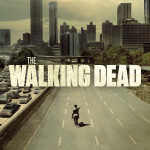 In what has yet to be determined as either an attempt to appease those fans, or mearly another cash grab AMC announced “The Walking Dead” spinoff, which Kirkman already revealed that follow “another group of characters, surviving in another part of the world.” Some see it as a chance at a clean slate, as Kirkman also revealed that it would not “use any of the core cast from” the current show. END_OF_DOCUMENT_TOKEN_TO_BE_REPLACED