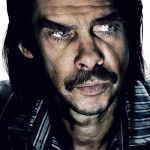 Twinkle Twinkle Little Rock Star has announced that they will be releasing an album of lullaby versions of songs by Nick Cave & The Bad Seeds, which will feature 13 tracks. Songs on the album include “Red Right Hand” (which has appeared in every Scream film), “Where The Wild Roses Grow”, and many more. Continue reading for the track listing, as well as their cover of “Into My Arms”.

Pre-order the album via iTunes. END_OF_DOCUMENT_TOKEN_TO_BE_REPLACED