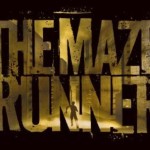 The Maze Runner, the best-selling young adult novel by James Dashner is getting making it’s way to theaters, and we have the first official teaser trailer for you viewing pleasure.

The Maze Runner will open in the States on September 19, and in the UK October 24.

“When Thomas (O’Brien) wakes up trapped in a massive maze with a group of other boys, he has no memory of the outside world other than strange dreams about a mysterious organization known as W.C.K.D. Only by piecing together fragments of his past with clues he discovers in the maze can Thomas hope to uncover his true purpose and a way to escape. Based on the best-selling novel by James Dashner.”