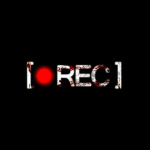 “Several hours have passed since the terrible events that ravaged the old building in Barcelona. After the chaos of the first few moments, the army decided to intervene and an elite group of soldiers infiltrated the building in order to plant detonators and put an end to this nightmare once and for all. The mission is a success; quick and precise. Angela Vidal, the young television reporter who entered the building with the fireman just hours before, manages to make it out alive. But what they don’t know is that she hasn’t made it out of the building alone; within her she carries the seed of the strange infection. She is to be taken to a provisional quarantine facility, a high-security installation where she will have to stay in isolation for several days. A perfect location for the virus to be reborn in all its splendor. It will take on new and even more deadly forms, setting the scene for horrors we could only have imagined, before finally revealing its true nature. The apocalypse has just begun…”