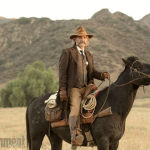 Bone Tomahawk sternly threatens to be the greatest movie ever made as it features Russell (Escape From New York, The Thing, Big Trouble In Little China) teaming with Richard Jenkins, as well as Patrick Wilson and Matthew Fox, to face off with a band of cannibals (also described as cannibalistic troglodytes). END_OF_DOCUMENT_TOKEN_TO_BE_REPLACED