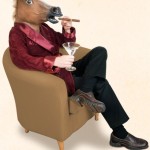 The film will be screened for buyers at the Cannes International Film Market on May 16th and 18th by international sales representative Reel Suspects. Horsehead will be released in France in the fall of 2014. 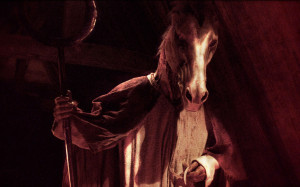 “Since childhood, Jessica has been haunted by recurring nightmares in which she is chased by a mysterious horse-headed monster called Horsehead. In the hope to find peace at last, Jessica has started studying Psychophysiology of Dreams.

Following the death of her grand-mother, Jessica reluctantly returns to the family home for the funeral. Upon her arrival, she finds out that the dead body of her ancestor is lying in the room next to hers for the duration of the wake…

Jessica falls ill after a first rough night during which she had the strangest nightmare. Stuck in bed with a high fever, the young woman decides to make good use of her lethargic state. She experiments LUCID DREAMING and aims to take control of her nightmares, a dangerous exercise from which some never recover.

Jessica wanders in her own dream-world and investigates to solve the mystery that has been gnawing at her and her family for several generations. She will also have to confront the evil Horsehead one last time.”