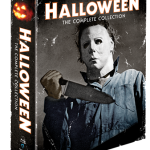 As a special Friday the 13th treat, Anchor Bay and Scream Factory have revealed the box art for the beyond epic Halloween: The Complete Collection, which slashes onto Blu-ray September 23rd. It comes in two different sets, one with 10 discs and the other with 15, but the deluxe version is most certainly the way to go since it contains restored versions of alternate cuts of many of the films.

It is packed with hours of BRAND NEW bonus features including new interviews with cast and crew from the entire franchise! In response to years of fan feedback, the first Halloween will now also include the original mono audio track and the set will include both versions of the original Halloween-the original Blu-ray™ release and the recently remastered 35th Anniversaryversion with the mono track added back in! It also comes with a limited edition 40-page book written by Michael Gingold of Fangoria Magazine. The collectible packaging will include a newly commissioned illustration on the outer case and each film will be in its own black Blu-ray case with the original theatrical one sheet as the key art. This deluxe set carries an SRP of $169.99.” 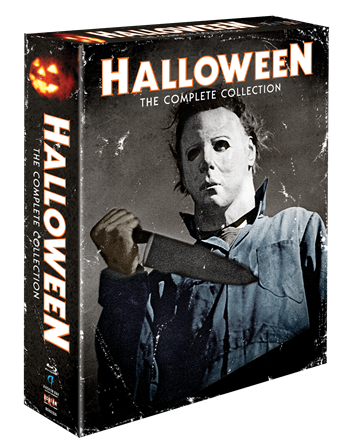