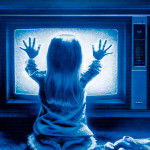 Even though the new Poltergeist arrives this coming July 24th, we’ve yet to see any sort of art, let alone stills nor the trailer. We’ve already heard it’s going to be “more adventure than paranormal”, and now cast members continue to reveals small details from the reboot helmed by Gil Kenan.

The latest comes from Sam Rockwell, who spoke to Collider about the modern day take on the Steven Spielberg/Tobe Hooper classic.

“I’ve seen a little in looping. I hope it’s good. I really don’t know,” Rockwell told the site when asked if he’s seen any footage. “I really wish I could tell you. I’m praying that it’s – I mean, it’s gonna be hard to live up to the first one. The first one’s pretty damn good. This one’s gonna be in 3D though, I can tell you that.”

One of the biggest differences this time around is the perspective, told through the eyes of a little boy.

“The 10-year-old boy is really the protagonist this time,” he added. “JoBeth Williams was the protagonist for the most part in the first one and now the kid, it’s really through his point-of-view. So it’s more of a kids’ movie so I don’t know if it’s gonna be like rated-R scary.”

It’s sort of a bummer to hear that it won’t be rated-R scary, but what does that even mean by today’s standards? A film can be PG-13 and super scary. The “R” usually accompanies sex and violence, which isn’t necessary in a film called Poltergeist. Oh, and it’s already been rated PG-13 for “intense frightening sequences, brief suggestive material, and some language.”

With that said, Rockwell sort of deflates my argument…

“It’s not like Conjuring type of scary. You know, it’s a different kind of movie. It’s more of an adventure. It’s essentially a child abduction film when you come down to it. I mean, the original Poltergeist is too.”

To be released in 3-D, Jared Harris will play Carrigan, a larger than life TV personality who left the world of academia behind to become the star host of basic cable TV show “Haunted House Cleaners.”