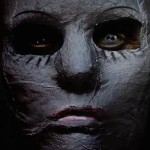 “The Sandman tells the story of Nathan, a young student in the city who struggles to forget his childhood trauma at the hands of the serial killer dubbed “The Sandman”. Nathan killed The Sandman (Iggy Pop) years ago, on Christmas Eve, after he witnessed the murder of his mother…until he sees the beautiful woman who lives in the apartment across the way dying at the hands of that same masked killer. END_OF_DOCUMENT_TOKEN_TO_BE_REPLACED