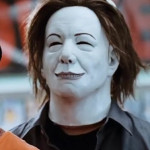 Whelp, I can kiss another $170 goodbye. Anchor Bay and Scream Factory will release Halloween: The Complete Collection on Blu-ray September 23rd. It comes in two different sets, one with 10 discs and the other with 15, but the deluxe version is most certainly the way to go since it contains restored versions of alternate cuts of many of the films, including the incredibly rare Halloween 6 Producers Cut, which is almost a completely different film from the theatrical release.

Head below for the details! Hopefully we get some box art soon!