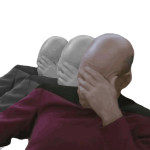 We’ve seen the Leprechaun go through some shit, we saw him pogo stick all over some dude, he went to the hood, to space, to Vegas, the vatican, and he managed to not get hypnotized by Jennifer Aniston’s nipples constantly poking through her shirt. Well, get ready kiddies, because in Leprechaun: Origins, he’s a wrasslin!

It’s been awhile since we’ve heard anything about Leprechaun: Origins, which is set to reboot the Leprechaun franchise. Today, we have an announcement to share so read on for details!

We’ve just learned that, perfectly timed with St. Patrick’s Day, WWE Studios will be unveiling the very first clip from the film, which stars WWE superstar Dylan “Hornswoggle” Postl as the title character, this coming Monday night. How in the hell did WWE get tangled up with the Leprechaun franchise? WWE has always been a big fan of racial stereotypes and money, since they already had a little person playing a leprechaun, it seemed like the next logical step.

Check out the announcement video below, and look for the film to be released sometime this summer!

The original Leprechaun, which featured comedic elements, followed an evil leprechaun searching for his pot of gold while avoiding four-leaf clovers. “The tone is going to be a little darker, a little more traditional horror than the Warwick Davis ones that people remember, trying to find a way to please fans of that genre; but at the same time this is really being played for scares,” said WWE president Michael Luisi in an earlier interview.

Producers are keeping details of Harris Wilkinson’s script under wraps to keep the franchise’s new direction a secret.