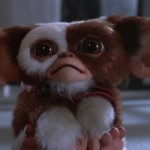 Two years after it was revealed that Seth Grahame-Smith and producing partner David Katzenberg were developing a remake to Joe Dante’s classic Gremlins, it sounds as if the project is officially dead.

In a new interview with EW, Grahame-Smith explains that the project never came into fruition, and now all parties involved have moved onto other things.

“It was a completely different cast of characters, but acknowledging the events of the first two movies…I think we just ran out of steam. It’s one of those things where everybody got busy doing other things. It’s something I would love to come back to, but right now Steven’s making two movies back to back and Chris Columbus is busy. We’re all taking a five-minute break on that.”