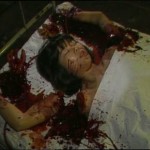 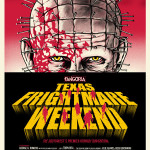 FANGORIA is partnered with Texas Frightmare Weekend, the Southwest’s hottest horror event, and this morning they revealed the debut of the latest poster from the folks at Mondo. Iconic genre artist Gary Pullin created the poster, which combines imagery from George A. Romero’s awn of the Dead and Clive Barker’s Hellraiser. Both classics are being celebrated at this year’s Texas Frightmare, which runs May 2-4 in Dallas END_OF_DOCUMENT_TOKEN_TO_BE_REPLACED