The credible journalists over at TMZ have confirmed that the various seasons of FX’s American Horror Story in fact do connect, while also revealing some explosive news.

According to the site, a script from a critical scene of American Horror Story: Freak Show has been STOLEN and is being shopped around to media outlets.

The theft occurred on set during a filming last week in New Orleans, and they’re told one of the actors was reading a script and left some pages behind and someone pilfered them. END_OF_DOCUMENT_TOKEN_TO_BE_REPLACED

In light of that record-setting performance, FX has rewarded “American Horror Story” with a 13-episode order for the fifth and next END_OF_DOCUMENT_TOKEN_TO_BE_REPLACED 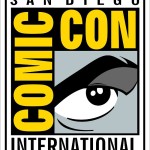 San Diego Comic-Con is not only nerd mecca, but it’s also responsible for tons of previews and premiers, and this year is no exception! Here we have info on three different horror premiers for this year’s con. (Walking Dead Season 5, American Horror Story: Freak Show, The Strain) 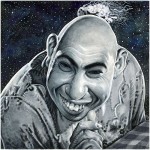 The series, returning this fall, is set in Jupiter, Florida, in 1950. “Freak Show” finds Jessica Lange playing a German ex-pat who is managing one of the last freak shows in the U.S. END_OF_DOCUMENT_TOKEN_TO_BE_REPLACED