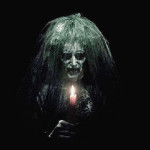 Leigh Whannell, who, penned both Insidious films, and also starred in both as “Specs”, one half of the ghost hunting duo, hit Twitter with a brief update on the sequel.

“Insidious 3 is a lot more like part one than two,” he reveals. “I’m working on it right now, so thought I’d tell those who care where it’s headed.” END_OF_DOCUMENT_TOKEN_TO_BE_REPLACED

Evan Dickson over at Bloody-Disgusting.com recently got the chance to sit down with writer/actor Leigh Whannell at South By Southwest and had the chance to speak with him, not only about his new film “The Mule”, he also updated everyone on the status of Insidious 3 and the possibility of a Saw 8. The snippet (found below) is part of a larger interview/review of The Mule, coming soon. END_OF_DOCUMENT_TOKEN_TO_BE_REPLACED