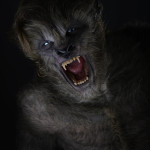 The pic, starring Lucas Till, Merritt Patterson, Stephen McHattie and Jason Momoa, will be released VOD on October 16th and opens in theaters on November 14th. END_OF_DOCUMENT_TOKEN_TO_BE_REPLACED

How far would you go to make sure you and your family were taken care of forever? Would you steal? Murder? What about if Ron fuckin Pearlman was hunting you? Check out this awesome red band trailer for 13 Sins the Daniel Stamm directed film is in theaters April 18.

We here at the Who Goes There?! Podcast can never agree on how we feel about Ti West, some love him, some hate him, we all agree he looks great with an arrow through his face, and that his new red band trailer for “The Sacrament” looks almost as good!

The Sacrament opens on VOD platforms May 5 with a Limited theatrical run beginning on June 6.

“The Sacrament follows two Vice media correspondents as they set out to document their friend’s search to find his missing sister. They travel outside of the United States to an undisclosed location where they are welcomed into the world of “Eden Parish,” a self-sustained rural utopia comprised of nearly 200 members. At the centre of this small, religious, socialist community is a mysterious leader known only as “Father.” As their friend reunites with his sister, it becomes apparent to the newcomers that this paradise may not be as it seems. What started as just another documentary shoot soon becomes a race to escape with their lives.”