Donate blood, sell your kids, and start hookin’, because you need to pick these up, and pick up a couple extra for Jorge and I! 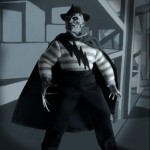 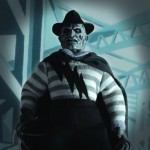 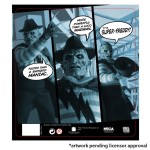 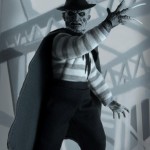 “Faster than a bastard maniac! More powerful than a loco-madman! It’s… Super Freddy!”

It comes in a blister card with backer card custom illustrated by Christopher Ott and Geoffrey Trapp.

If you can’t attend Comic-Con, NECA will be making LIMITED QUANTITIES available both inside and outside the US. Specifics will be announced shortly before the convention begins. 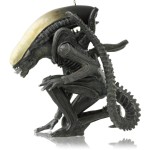 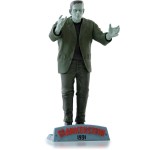 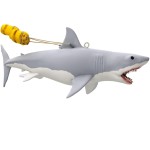 Part of Hallmark’s annual Dream Book were a handful of horror ornaments that will bring some extra chills to this year’s Christmas.

Some of them even make sounds! Check ‘em out below.

GODZILLA
“One of the most iconic characters in pop culture,Godzilla has been ‘King of the Monsters’ since he first smashed onto the big screen. Based on the latest and greatest iteration of the character, this ornament will unleash the unrivaled power of Godzilla with the press of a button!” Click here for audio.

JAWS
“Watch out for your fingers when you hang this ornament from the tree! With the press of a button, the “Jaws” theme song will play, making your heart race just like the first time you watched this iconic film.” Click here for audio.

ALIEN XENOMORPH
“What better way to commemorate the 35th anniversary of the science fiction thriller Alien, than to put the film’s frightening “Xenomorph” on your tree. You may even introduce a new generation of fans to this spine-chilling cult classic and its sequels.”

Aggronautix and Slave Pit Inc. have teamed up to create limited bobbleheads of Oderus Urungus and Balsac The Jaws Of Death, the recently deceased singer and guitarist of GWAR respectively.

Oderus, GWAR’s lead singer and broadsword swinger, stands an imposing 6.5″ tall and will lay waste to any opposing his reign of terror. Dutifully worship Balsac, guitarist for GWAR, while keeping out of decapitation distance. He stands 7.5″ tall from horn to hoof.

A portion of the proceeds will go to the Dave Brockie Fund, a charity with the mission of promoting the advancement of music, images, letters and performances in the arts. It will endeavor to encourage promising talents, and preserve the legacy of Dave’s works. It intends to be a support system to those who have dedicated their lives in pursuit of creativity. http://www.gwar.net/dave-brockie-fund

These bobbleheads are limited to 1,000 copies and can be pre-ordered here.