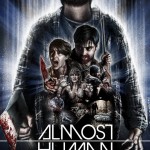 Tune in next time for our one year anniversary and episode 25. While you’re being awesome and listening to this check us out on Facebook, Twitter, and subscribe to our show on iTunes.