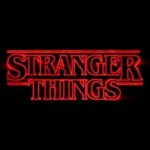 With Ghostbusters in theaters and the drama cooling down, there’s something new on everyone’s lips. No, not comic con, (but we’ll get to that) we’re talking about the new Netflix Original sci-fi/horror/drama Stranger Things. Rather than trying to cram 8 hours of content into an hour show we’re exploring the first 4 episodes this week, and the latter half next episode. Like Sergeant Harry Wells, we’re cramming it all in there! We do a brief comic con wrap-up, fanboy on Castlevania, get our first glimpse at some new cenobites, talk about a new fuckin Blair Witch film and a less than exciting Exorcist tv show. If that wasn’t enough, we explore what Bill Hick’s would think about Pokemon Go, Bates Motel gets cancer, and we hang in the garden with The Cure. If Little Red Riding Hood should show up with a bazooka and a bad attitude, I expect you to chin the bitch; it’s the Who Goes There Podcast episode 77. See you next Tuesday… cunts.

The Who Goes There Podcast is available to subscribe to on iTunes right here. Not an iTunes user? You can listen on our Dread Central page. Can’t get enough of our terrible jokes? Why not creep on all of our social media? Facebook, Twitter, Instagram, and YouTube.