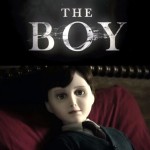 What happens when we get the uncrowned queen of blood, gore and wrasslin: Gigi Saul Guerrero and her minions (Luchagore Productions/El Gigante/Mexican Barbaro/Madre Dios) to discuss a PG-13 horror film that has none of the above? Will the guys finally like a major studio horror release? Can PG-13 horror actually be good? Does Matt know the difference between and wrestler and a Luchador? How could everything be just a bit more brutal? Tune in for answers to these and other pressing questions as we take a look at 2016, major studio release…The Boy. Wait until they get a load of my Latino heat! It’s the Who Goes There Podcast episode 59! 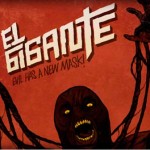 How stoked are you that we’re giving YOU gifts for our 50th episode?! We’re pleased to bring you episode 3 of Six Demon Gab, our interview side show, featuring the beautiful, talented and severely disturbed Gigi Saul Guerrero, director of El Gigante. We’d been waiting to see this for quite a while and got our chance at the Horrible Imaginings Film Fest. We were not disappointed at all! Listen in and get all the juicy news on the El Gigante feature full length, coming soon!